From the East you should remain a good mile to a mile and a half off the visible shoreline... ... read more

The likely hood is that you will be given a berth on the hammer head dead opposite the marina entrance..... ... read more

Have your say
4 comments
UPDATE SPRING 2018
Written by Don Thomson | 12th Apr 2018
There has been massive subsidence in the NW corner of the marina which may cause difficulties but it was a shallow part of the marina so should not influence visiting yachts. Prices have gone up.
1 of 1 people found this helpful
Harbour Dredging
Written by alec_munro | 14th Sep 2017
Nairn Harbour will be closed over the winter period 2017/18 when Highland Council contractors will be dredging the Harbour. The aim is to remove 1.5m of silt that has built up over the years. Access for keel boats is best attempted at HW +/- 1hr. On approach keep to the east wall in the River to the end of the piling then cross over to the Harbour entrance.
2 of 2 people found this helpful
Update Spring 2016
Written by dononshytalk | 5th Apr 2016
These notes were reviewed by Don in April 2016. As far as we can tell there have been no improvements to the services here.
Council
Written by Jules Marchant | 3rd Jan 2014
It's owned and run by Highland Council not Moray. Always a visitor berth available, usually on a pontoon. Harbour Master is just part time 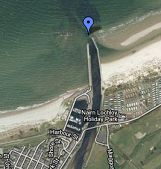