Approach to this harbour is best made from a long distance off.... ... read more

Upon entering the harbour between the North breakwater and the South pier, the main River should be followed. ... read more

magpiedave
licence
Written by Rhori | 29th Jun 2016
do you need a licence to fish at Ayr harbor
Update 2015
Written by dononshytalk | 17th Mar 2015
These notes were reviewed and altered by Don in March 2015. This harbour should no longer be considered as a "destination"; the yacht club are unwelcoming and say they have neither the space nor the facilities for visitors and the ABP advise against it on practical grounds.
2 of 3 people found this helpful
Visiting Ayr Harbour
Written by Jack sparrow | 21st Nov 2014
While AYCC pontoons are private there remains reasonable tidal docking against the Harbour wall just 50 metres short of the pontoons. Shore access is via inset steel ladders with amenities close by. Remember to check with the harbourmaster for any ship moments before entry. Stay within 30 metres of the North wall while sailing up also spring on to the steel ladders for more time ashore during the tidal rise and fall.
1 of 2 people found this helpful
Check before visiting
Written by Bryant | 15th Aug 2014
there is a change needed to the details of Ayr Harbour, the pontoons are no longer available for general use and the key can not be gotten from the Inn as stated. This was changed by the Ayr Yacht club some time ago after too many boats where getting damaged. We were in and where told all this 2 weeks ago locally. 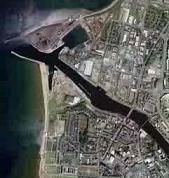