Pleasure boats to use pontoon, not Town Quay. Some berths dry out

Approach up a twisting very shallow channel. Tidal streams up to 3.5 Kt.

Small craft mariners should be mindful of the cross tides when planning their approach. ... read more

Possible anchorages in the approach area are best seen by reference to the chart. ... read more

Have your say
4 comments
Update Spring 2019
Written by Don Thomson 3 | 16th May 2019
These notes were reviewed in May 2019. There were two warnings of shoal waters close to the buoyed channel. Prices have changed since we last reported. New charts have been uploaded.
1 of 1 people found this helpful
UPDATE APRIL 2017
Written by Don Thomson | 10th Apr 2017
I reviewed these notes in April 2017. You'll notice on the UKHO charts that there seems to be no shore access to the pontoon; this is incorrect. They've put their harbour dues up but it is still quite a cheap place to pull up to for the night
1 of 1 people found this helpful
Update 2015
Written by dononshytalk | 10th Apr 2015
These notes were reviewed by Don in April 2015. There have been no significant changes
Update 2013
Written by dononshytalk | 1st Mar 2013
These notes were updated on the 1st March 2013. No major changes; I've updated the prices with the 2012 prices as they don't work out the new ones until sometime in April.
1 of 1 people found this helpful 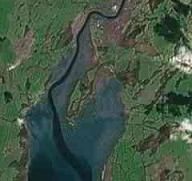