Marina Information (use the

In general Troon is relatively easy to approach even in onshore conditions, ... read more

Have your say
6 comments
UPDATE SUMMER 2021
Written by Don Thomson 3 | 26th Jul 2021
I reviewed these notes in July 2021. This is a well established marina and little has changed recently - their price has gone up by 5p a metre but now includes shore power overnight.
Update Summer 2019
Written by Don Thomson 3 | 8th Jul 2019
These notes were reviewed in July 2019. Very little in the way of changes. Your passage inbound is unlikely to be interfered with by Calmac ferries though you should keep an eye out for commercials . Prices have changed.
UPDATE APRIL 2017
Written by Don Thomson | 19th Apr 2017
I reviewed these notes in April 2017. The rumoured relocation of the Arran Ferry here has been shelved so there are no scheduled ferries here at all. They have put their prices up.
Troon to Larne ferry no longer operates.
Written by Winspit | 12th Nov 2016
In Jan 2016 P&O terminated the service as not financially viable.
Still need to watch out for fairly large Cargo ships and Barges (Wood) along with the fishing boat fleet.
1 of 1 people found this helpful
Update 2015
Written by dononshytalk | 9th Apr 2015
These notes were updated by Don in April 2015. The prices are correct for the 2015 season. Our hopes for petrol came to nought and it still has to be obtained from Morrisons.
1 of 1 people found this helpful
Update 2013
Written by dononshytalk | 7th Mar 2013
The notes for Troon were updated by Don T on the 7th March 2013. I have added information on the HSS schedules to Larne. Prices are being maintained at the 2012 rates which have been updated. Note that Camping Gaz is available and that petrol may become available (check with the marina)
2 of 2 people found this helpful 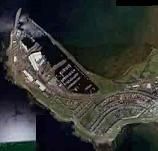