The Tidal Wave, as it travels around the coasts of the UK

In many cases the tidal wave appears to advance from the centre of an ocean along the surrounding coasts. The advance of the tidal wave around the coasts in Great Britain is illustrated in the following diagram.  This tide has a period of oscillation of about 12 hours and moves approximately as follows: 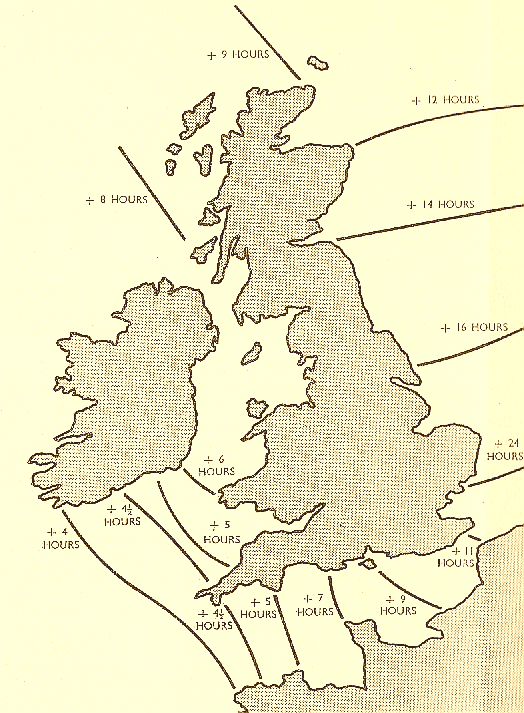 At Land's End part of the tidal wave travels up the Channel and reaches the Straits of Dover  at 0+11 hours, while the remainder continues northwards up the West Coast of Ireland until:

Off Harwich this tidal wave meets its successor which set out from mid-Atlantic at about 0+12 hours and had travelled up the channel through the Straits of Dover in the intervening period.

Adapted from the Admiralty Manual of Seamanship, Vol II, 1951