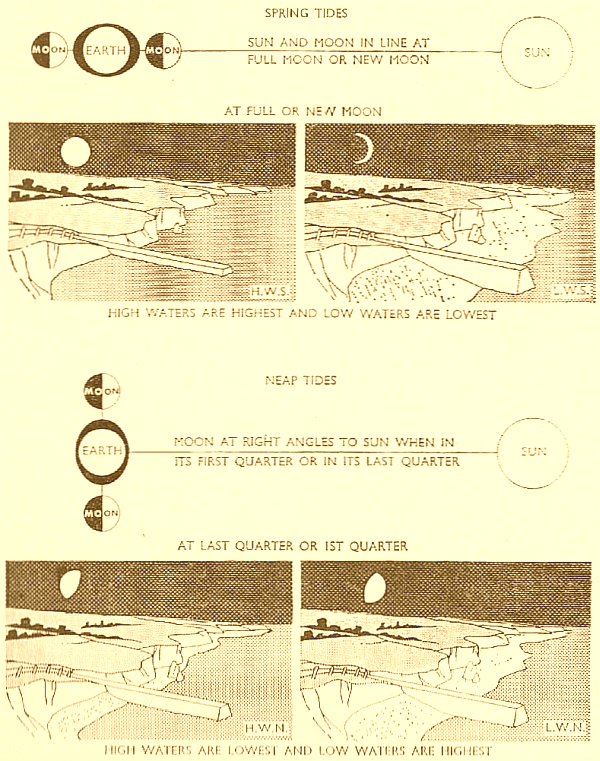 These variations affect the high tidal wave and hence the range of the tide (the difference in level between successive high and low waters). Shortly after full or new Moon a locality will experience its highest high waters and lowest low waters of the lunar month, and a tides in this period are called Spring Tides.

Conversely around the time of the first and last quarters of the Moon, the lowest high waters and the highest low waters of the lunar month will be experienced, at which period the tides are called Neap Tides.

Between these limits the heights of successive tides increase or diminish progressively. Spring tides around the British Isles occur at from about one to one and a half days after full or new Moon.

Neap tides occur at about the same interval after the first or last quarters of the Moon. The time interval between successive spring and neap tides is variable, but for practical purposes it can be taken as being about 7 1/2 days (i.e. about one quarter of the average lunar month of 29.5 days)

A pictorial representation of the Moon and tide cycle as experienced in the British Isles is shown in the following diagram; 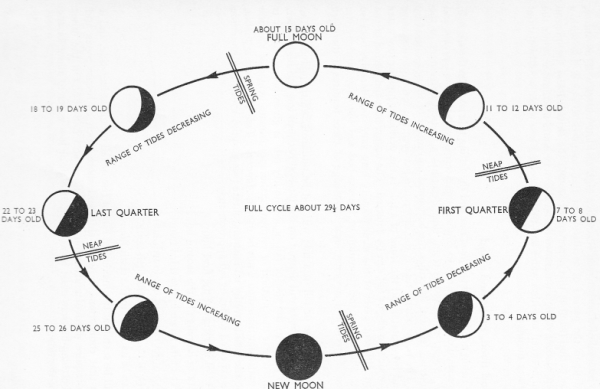 Introduction... what's this tide section about ?
Tides, and the causes of tides (a primer)
The Tidal Wave, as it travels around the coasts of the UK
Tides; definitions, local effects, weather effects, chart datum CD.