We have included Barry in the notes purely because it is ideally situated as a place to hold before going up channel to Bristol or, equally, as somewhere to stop after negotiating your departure from Bristol. You might prefer Penarth or Cardiff for their facilities but for either of those you have to negotiate the Cardiff Barrage whereas Barry is much more convenient as long as you take care to anchor in depth sufficient to remain afloat at low water.

You won’t be able to go into the dockyard here; you are restricted to the outer harbour but that is well sheltered from all directions apart from SE.  It’s just under 28 miles from here to Bristol Docks - about four hours running up with the tide under your transom but a bit longer coming back especially if there is a bit of west in the wind - the wind against tide sets up a really short chop and you may have to reduce hull speed because of it.  It’s worth remembering that, at this end of the Bristol Channel, the westerly sea breeze on a sunny afternoon in June can reach F4 or more.

There has been a settlement (and even a fort) here since Viking times. A small port developed here but it wasn’t until late in the nineteenth century that Barry expanded into what we see today.  The docks were developed as a result of Cardiff reaching capacity for coal exports and a levy of a penny per ton being set by Lord Bute for coal exports from Cardiff;  the local mine owners were a bit miffed by this and, along with the railways owners (most of who had financial interests in the mines anyway!) built Barry Docks. The result was that for the best part of a quarter of a century Barry outstripped Cardiff in exports but, by the 1920s, the effect of WWI and the miners’ strike on the South Wales coal industry meant that the docks went into decline.  There are still ships using the docks but you are talking one or two a week; today Barry is best known for the Amusements on Barry Island which is sad because the capacity of these docks is going to waste.

The approach to Barry is simple, there are no dangers except

...... in bad visibility when you’ll need to keep a close ear on the VHF as the cargo ships and car transporters pick up the Pilot Boats at the Breaksea RACON only five miles SW of Barry and proceed up channel at a rate of knots.

Be careful around Lavernock Point and Sully Island to the East of Barry; although there is plenty of water there for the normal yacht the bottom can put up some awkward, short overfalls and make life uncomfortable; in conditions of Westerlies in excess of force 3 to 4 on the ebb it’s best to give them a wee bit of an offing.

The pierheads are lit but there are no lead in lights for night entry.

This is where you will have some fun especially if you intend catching the next tide.

You really must do some calculations well before entry once you know what time you will be arriving.  The only really deep water is in the fairway, and you can’t anchor there, so you need to know just how shallow you can go to satisfy departure requirements the next day.

Remember that if you are going on up to Bristol they will not open the lock gates there after High water so you need to leave Here at about 4 hours before HW Bristol Docks. Also keep in mind that if you arrive in Barry at Low Water it can be 30 feet deeper by HW!

The other thing is that, if you arrive with plenty of water in the harbour you are going to have think about where you want to put your dinghy if you go ashore - your best bet was to ask the Pilots if you could tie up to their pier well clear of their boats, otherwise you could end up with a long plod across the mud to get back to your pride and joy. Alas, that is no longer possible, a) the pontoon is now strictly reserved and b) there's no longer access through the security fence. We are advised that the best bet is to tie your dinghy to the yachtclub slip a couple of hours either side of HW.

Important.  I you intend visiting the Yacht Club premises (on foot or by dinghy) you are strongly advised to email them at one of the addresses on their web site. The yacht Club has on-going problems with limiting access to the YC area to those with a legitimate reason for being there.  They have a security fence with coded gates for access from the outside but these codes are regularly compromised by non-members or those groups who have temporary membership. If you land there by dinghy it is easy enough to get out, not at all easy to get back if you do not have the gate code.

Finally, you will need a stiff broom and several buckets of water when it comes time to weigh because the anchor will come up with an equal volume of sticky black mud on it.

Just a thought; has anyone thought of anchoring just to the west in Jacksons Bay? In off shore winds it looks not too bad and there is a path up to the roads at the East end of the beach as well as a possible back gate to the yacht club? (Ed note.  The YC Sailing Secretary informs me that on their big race weekends some people do, in fact, anchor in this bay and there is a "back gate" with coded entry.)

Barry can be a bleak place on a wet mid week evening in the early season. There are no facilities for the visiting yachtsman at all unless the Yacht Club is open (see times below). So, if you are arriving at a time when the club is likely to be closed, you would be well advised to contact their secretary to tell them that you are coming so that they can arrange for some one to be on hand to let you have a key to the club facilities (showers and toilets)

During the summer the club bar is open on Monday, Thursday and Friday evenings at 2000 and on Saturday and Sunday afternoons

You will find very little at the top of the hill to the west of the harbour - the main hub of entertainment is the shore front on Barry Island to the west of that hill; there is a pub and  Post Office/shop at the top of “Dock Road” out of the harbour. There is also a large retail park on the other side of the Docks but, by the time you have circumnavigated the dock, that’s a good mile away.

Got a comment to make about Barry?  Have you found this coverage helpful ?   HAVE YOUR SAY   (your email address will always be kept private)

Have your say
3 comments
UPDATE SUMMER 2021
Written by Don Thomson 3 | 20th Sep 2021
I reviewed these notes in September 2021. The Yacht Club will be very welcoming if they know you are coming but you would be advised to let them know; it will make your visit happier.
Mud, mud, glorious mud!
Written by Stuart Lees | 7th Aug 2019
As described, Barry is a great place to escape a foul tide, heading up or down Channel. The mud is deep and soft, fine for even a fin keel to dry out upon. The yacht club can be accessed by dinghy via the slipway 2 hours either side of HW. Fridays are their club nights. Don't be tempted to use the floating pontoon. It's strictly reserved for the RNLI and Pilot boats. No access is possible through the security fencing.
2 of 2 people found this helpful
UPDATE SPRING 2018
Written by Don Thomson | 20th Apr 2018
Barry is very quiet these days; about one vessel per day so you shouldn't be disturbed at anchor. There's nobody there to charge you so we haven't gone into prices.
1 of 1 people found this helpful 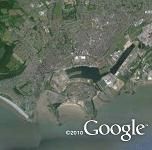