Do not use in Northerly conditions

...... quite some time, and recent information about the harbour is difficult to glean from available sources.

There are no contacts for the harbour and there is no harbourmaster; it runs itself and is owned by the local council. The harbour itself gets a bad press being untenable in Northerly weather, either within the harbour or anchoring off; but, in all truth, it is no worse than the more popular Porlock Weir in those conditions. In settled conditions, from West through South to East it is a perfectly delightful spot, one of the prettiest on this coast and there is generally room to tie alongside the East Wall though, shore side, it does tend to get busy at the weekends.

The harbour is formed where the East & West Lyn Rivers join and enter the sea and part of the river has been walled off as a harbour on the western side.  The harbour and approach dry out from half tide and approach should be limited to an hour and a half either side of High Water depending on draft.

As for the town itself,  that is divided into Lynton at the top of the cliff and Lynmouth at the bottom; Lynmouth formed as a result of the harbour and the bridge crossing the river and Lynton up above, out of reach of the winter storms and the flooding river!  The main shops are in Lynton and Lynmouth is given over to the day trippers, the lunchtime trade, and abounds with pubs, restaurants, fish & chip and ice cream shops, with a short street of shops behind the road along the harbour. The good thing is that you’ll be parked on the East wall out of reach of the madding crowd (and in the sun) and can venture ashore in the evening to explore (and locate a shop for your morning newspaper!)

Lynton can be used as a base for quite a bit of exploring and, should you like where you are, there is enough to be done here to occupy you for two or three days, returning to the boat in the evening for a pleasant run ashore and a meal. They do not get many yachties in here (hence no HM and no special arrangements for visiting boats) but once you have found it you will include it in your “Nice places to go list” for the future - especially once you have retired and are not constricted by work requirements to sailing at the weekend!!

The approach is simple, you merely start out from

...... our approach fix on about 175°T and head for the channel marked by wooden posts either side of it. NB don’t be fooled into plodding up the river instead of the harbour; the harbour entrance is off to starboard before you reach the strange tower on the west harbour wall. You’ll be able to see the boats moored fore and aft up through the middle of the harbour so it’s not difficult to identify.

Once through the harbour mouth bear left and tie up to the wall on the East side. If you arrive here at the top of a high spring tide you may find that some of the East pier wall is under water; further in it will be above the water but, before you commence your approach, you should note whether the tides are neaping or not; you don’t want to go so far in that the next High Tide doesn’t float you!

Also, as long as there is not a scend in the harbour, it would be an idea to consider warping the boat round before making fast to make your exit easier. Depending on the length of your boat you’re probably going to have to do this anyway to get out as the water ahead and astern of the moored boats in the middle of the harbour is littered with mooring ropes, stopping any attempt to turn under power.

The one problem you will have here is that there is no reliable tidal data so you will not be able to work out intermediate tide heights. The LW data above is an extrapolation by us and anyway there are no accurate soundings inside the harbour it really is not much good - you should limit approaches to an hour either side of HW and, if long keeled, reduce that to half an hour.

Although the ends of the pierheads carry standard Red/Green navigation lights you shouldn’t attempt a night entry; they’re for very knowledgeable locals.

See above; the East wall is suitable for leaning keel boats alongside.

There are public toilets and you should be able to get water, but fuel would be a problem as it is a good mile and a  half up the hill to Barbrook where you can get petrol and auto diesel.

There are provisions shops up in Lynton and a paper shop down in Lynmouth itself.

For a small place there is a lot here; obviously there is ample choice for places to eat and drink both at lunchtime and in the evening.

This place suffered a flash flood back in 1952 which was as big as the wipe out in Boscastle at the beginning of this century but they have made the most of it, there is a museum commemorating it and the Lyn Gorge walk where there is a lovely walk up through the woods beside the river and it’s flood control constructions.

The other “famous” attraction is the Cliff Railway which is a Victorian construction from the 1880s and works on water power and counter- balancing alone and is the easiest way to get from the harbour up to Lynton though if you are taking a whole family up and back, it’s not cheap (£3.50 return).

If you want a longer trek there is the “Valley of the Rocks” along the cliffs to the West of Lynmouth; it’s about 1.5 miles from the top of the Cliff Railway and ends at the “Fairy Circle”, but it is all uphill!

Finally there is a cinema, only a small one but it is a cinema none-the-less and showing recent films as well.
Whats On Lynton Cinema

Got a comment to make about Lynmouth?  Have you found this coverage helpful ?   HAVE YOUR SAY   (your email address will always be kept private)

Have your say
3 comments
UPDATE SUMMER 2021
Written by Don Thomson 3 | 27th Sep 2021
No changes except that we've added a link to the Lynton Cinema!
UPDATE SPRING 2018
Written by Don Thomson | 23rd Apr 2018
No changes
Update Spring 2016
Written by dononshytalk | 19th Apr 2016
These notes were reviewed by Don in April 2016. I've corrected the approach heading but changed nothing else 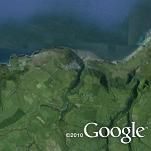