Outfall pipe laid on the bottom and protected by boulders; starts about 100 yards East of the pierhead and reaches out to the lit perch 2 cables north of the pierhead.

There has been a harbour here at Minehead for centuries but it has not always been as it is today. The original harbour was half way along the beach towards the present Butlin’s holiday camp and, at one time there was a pier which projected out from the front opposite the end of the present pierhead.

What we have now is a stone pier which acts as a breakwater to the Bristol Channel and, along with the high ground to the south of it, provides good shelter from all directions apart from the NE to E when there will be quite a swell inside.  The harbour dries, as does every harbour on this coast (standfast Watchet) so to make use of its shelter you need to be able to take the ground.

You could lean on the wall but that has a fairly steep tumble home so you’d probably be listing against it.

The town itself is a very busy holiday destination in the summer; there is a popular Holiday Camp at the Eastern end of the beach and it is also the terminus of the West Somerset Railway. From a sailing point of view there is not normally much competition for a visitors berth, tide being the normal problem; if you are travelling East you arrive at HW ok but need to depart at LW to use the whole tide for onwards transit - and of course, if you are travelling West you arrive at LW and will have to anchor off to await water to get in.

On the other hand, for a weekend stop as a Bristol Channel “local” you’ll be used to this and will quite happily juggle the tides with your social agenda and have a great Saturday night! Alternatively all the harbours along this coast are within a half tide of each other so you can utilize the three or fours hours either side of HW to hop along the coast (they all have extremely salubrious hostelries close by their harbours!!)

There is an anchorage off Minehead opposite the “White Mark” on the chart (a rock painted white above the HW line) and the holding here is good enough for normal conditions even on spring tides (do your sums or you’ll end up aground) but, if you have a snubbing line for your anchor, use it because it is a very noisy bottom. Oh, and the other thing is that the White Mark is not lit at night so anchor bearings are hard to come by!! (this can be disconcerting because the bottom is so noisy you may worry that your anchor is dragging when it isn’t) It is best to plan your departure for slack water unless you have a power windlass (or crew) for your anchor cable.

In most boats approach to this harbour will only be possible about two hours either side of HW.

The approach is complicated by that sewage outfall pipe which lies on the bottom to the East of the pierhead. It’s not a problem from the West as you can just sail along the coast and once you have passed to seaward of the first red perch you come to you can make directly towards the pierhead taking care not to drift eastwards over the pipe (unfortunately the inward end is not marked so you need to select some lead in marks on the shore whilst also keeping an eye out astern to check your line up)

Coming from the East I would pass outside the green NCM perch on the outer end of the pipe before turning back in towards the pierhead. This is because the shingle banks to the East of the harbour are quite high and shift around so coming in to the east of the outfall pipe make running aground a distinct possibility. Be aware that the chart soundings on this coast are twenty to thirty years old.

Finally, there is usually a build up of shingle around the pierhead so give it about 30 yards off as you make your final turn into the harbour.

...... at the mouth of the harbour or, if you have enough water, you can sneak alongside the harbour wall.   The HM has no problems with you picking up a vacant buoy for a night stop but be prepared to shift if the owner returns and needs it.

The first pier steps you come to are in constant use by the pleasure boats right down to the last inch of the tide; do not park there, there are ladders further in.

There is a water tap on the quay wall. Co-located with the water tap is a 240volt/13amp electric supply but you'll need a standard domestic plug to access that.  Petrol & Diesel are available in cans at a petrol station at the top of the town and this may do gas refills.

Toilets are in a block behind the Ship Aground and are locked overnight; the hoped for showers have not put in an appearance yet.

The Old Ship Aground is under new management; it was bought back in May 2013 and is now fully operational offering the usual delights and it is reported to be “much better than before”.

Other than that there are plenty of delights; Butlins takes day visitors, the West Somerset railway is running well (remember to close the windows before you enter tunnels - those of you of a certain age will remember this) and the main street (although a step away) is loaded with good eateries and fast food outlets.

And, of course, you have Exmoor just behind the town.

Got a comment to make about Minehead?  Have you found this coverage helpful ?   HAVE YOUR SAY   (your email address will always be kept private)

Have your say
5 comments
UPDATE SEPTEMBER 2022
Written by Don Thomson 3 | 29th Sep 2022
I reviewed these notes at the end of September 2022. No changes.
UPDATE SPRING 2018
Written by Don Thomson | 24th Apr 2018
We have confirmed and put the new harbour dues in the text. They haven't improved the facilities here
Revised and Cheaper harbour dues for visiting boats
Written by OldManOfTheHills | 1st Oct 2017
As of Sunday 1st October 2017, the harbour authorities have reviewed the rates and its now a flat £15 per visiting boat. And the Old Ship Aground has reopened so at least one can get a drink and food without walking into town
1 of 1 people found this helpful
Eccessive harbour fees and very limited facilities
Written by OldManOfTheHills | 27th Sep 2017
The harbour fees are now posted at the harbour as £3 per metres as of September 2017, and this was also verbally stated by the Harbour Master, (not £1.80 as on outdated 2014/2015 fee section of harbour website) This despite lack of fuelling or showers. The Harbour master is only available during council hours and then not always at high tides and the facilities are much poorer than at Watchet Marina which is £2.50 a metre or Ilfracombe which is £1.50 a metre, both of which make more effort to welcome boats. "
Update Spring 2016
Written by dononshytalk | 28th Apr 2016
These notes were reviewed by Don in April 2016. There is a new Harbour Master here now and the only real change at the moment is to the price of a night's stop.
0 of 1 people found this helpful 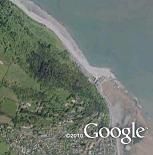