Girvan is a small fishing harbour that has significantly upgraded its facilities to cater for the visiting yachtsman. It is a pleasant 15 miles from Ayr or 20miles from Stranraer & could be useful as a stopover, or if planning to have a sail around Ailsa Craig, 8 miles offshore. This spectacular island is the plug of an extinct volcano and now a bird sanctuary. (and, as everyone knows, is the source of granite for the original Curling Stones)

There are new fully serviced pontoons here and the plans for a new amenities block to be built in 2014 came to fruition in the summer of 2015.  They now have an activities building adjacent to the pontoons which has a swimming pool etc. For up to date information see their website at

Horticulturists on board will find that Girvan is very proud of it's floral displays, while the small town can provide all the day-to-day needs for the cruising crew.

The harbour is prone to changeable depths due to siltation deposited by the river, and entry and exit should be restricted to 3 hours either side of high water.

Latest on Depths 2019.  The Harbour is closed to visitors for most of May 2019 for dredging. The channel is being dredged to 2m and the fish harbour to 1.5m and in October the pontoon basin will be dredged to 1.5m

The coastal approaches to Girvan, if approaching from North or South,  ......

..... are encumbered by various offshore rocks and reefs.  Keeping a good offing, and remaining outside the 10 m depth contour will clear all this, including the Girvan Patch with 1.7m, lying to the SW of the harbourmouth. (see approach chart).

Onshore winds will cause big seas in the shallow entrance, therefore tidal timing in these conditions is more important, leave it closer to high water, three hours either side maximum.

In calm settled conditions obviously there is more leeway, and in severe onshore conditions it is best given a miss altogether. Loch Ryan although 20 miles away to the south can offer ease of entry and shelter in these conditions.

After heavy rains, a strong outgoing current from the river will be experienced.

For night entry the entrance is well lit, with the South Pier showing 2F.G(vert)8m4M,  and the North Breakwater showing Fl(2)R.6s.7m4M.

When entering the harbour the deep water lies closer to the South Pier, rather than the North Breakwater. The dredged channel lies centrally, and will take you towards the Screen Jetty. This structure is designed to keep debris away from the working quays, when the river is disgorging. Berthing is described shortly.

The inner harbour here has been completely rejigged which is now shown....

.... on the Admiralty chart. Instead of bare walls with a single pontoon jutting out into the middle they have removed the central pontoon shown on the old chart and installed pontoons and fingers right round the walls.

There are 35 berths of which 7 have been set aside for visitors and all  berths have electricity and water available. They have become fairly busy with visitors so you should contact the HM and book in advance. Visitors are usually berthed on the fingers adjacent to the access walkway.

There is shore power (payment by card but generally some left over from the last boat) and water for all the berths. There is no diesel here. Fuel can be obtained from the garage in town by can.
There is now an amenities block with toilets, showers and a laundrette (coin op)

A boat builders and shipyard geared to fishing boats may be able to help out with mechanical problems.

There is a ship's chandlers but it is not yachting orientated - would be ok for ropes and some stainless shackles and can obtain  electronics but don't stock anything in that line.

A reasonable range of shops including Sommerfield will be found in the town together with a post office and bank.

Girvan is well served with public transport, including long distance bus services and its own railway station. This is on the Ayr to Stranraer route, and there are also through trains to Glasgow and two services a day to Carlisle and Newcastle. Sunday service is very limited.

Girvan  is a burgh in Carrick, South Ayrshire, Scotland, with a population of about 8000 people. Originally a fishing port, it is now also a seaside resort with beaches and cliffs. It lies 20 miles south of Ayr, and 30 miles north of Stranraer

Culzean Castle lies a few miles north of the town. Turnberry golf course and hotel is located 5 miles north of Girvan. The coast line south of Girvan is famous for its geology, and also for Sawney Bean's Cave. The legendary murderer and cannibal Sawney Bean was a supposed resident of a nearby seaside cave until his eventual discovery and execution in Edinburgh.

Once a year Girvan hosts its annual Girvan Folk music Festival (2007 was the 33rd) which is held on the first weekend of May. Past artists have included Altan, Dervish, Ian Bruce and Malinky. On the Sunday night on the shorefront watch the Girvan Burning Man 2009 created by local artists.

Girvan also has a folk music club which meets every Friday night in the back of the Queen's Hotel, Montgomerie Street.  Once a month they also have a guest artist night. Past guests have included Emily Smith, Back of the Moon, the Sangsters, Ian Bruce, Adam McNaughton and Bruce Molsky.

Festival of Light CRAG and Girvan Attractions work in partnership to produce the annual Festival of Light community arts project transforming the town on the first Saturday in November each year with a lantern procession, shore performance and fireworks display.

The town has several popular fish and chip shops and pubs. The Royal Hotel is notable for serving real ale. A Grant's distillery is also just north of the town.

Historically, Girvan was significant as the home of the Hairy Tree. According to legend, the Hairy Tree was planted by Sawney Bean's eldest daughter in the town's Dalrymple Street. However, when her family was arrested, the daughter was implicated in their incestuous and cannibalistic activities and was hanged by locals from the bough of the tree she herself planted. According to local legend, one can hear the sound of a swinging corpse while standing beneath its boughs. The Hairy Tree's whereabouts are currently unknown, but two high profile campaigns have been launched to relocate it. The Girvan Online website is running a campaign which was started by local investigative journalist and horoscope writer Andrew Penguin. More recently, former Scotland International footballer Alan Brazil launched his own independent campaign to the same purpose.

The hungry and thirsty crew will find a reasonable range of pubs, restaurants and takeaways in Girvan. No shortage of fish and chip shops, a Chinese takeaway, and an Indian restaurant will be found not far from the harbour. The links below may point you in the right direction...

For Pubs, hotels and restaurants see

Golfers are well catered for in the area, although this writer has yet to meet a golfing yachtie !


Got a comment to make about Girvan Harbour  ?  Have you found this coverage helpful ?   HAVE YOUR SAY   (your email address will always be kept private)

Have your say
7 comments
Update Spring 2019
Written by Don Thomson 3 | 15th May 2019
These notes were reviewed in May 2019. The harbour is closed to visitors for most of May for dredging. The channel is being dredged to 2m below CD and the Fish Harbour to 1.5 m below. The new Admiralty chart is showing 0.8m so you should change your charts. Still no diesel.
'The Quay Zone'
Written by SeaFury | 14th Aug 2017
The indoor activities block is now open. As well as the pool it has a large kids climbing area, next to a cafe, a gym and free WiFi.
UPDATE APRIL 2017
Written by Don Thomson | 6th Apr 2017
These notes were reviewed by Don in April 2017. As has been noted below the amenities block is up and running with a laundrette. Roger who has been the HM here for thirty years retires at the beginning of this season so we wish him well.
1 of 1 people found this helpful
Girvan Marina
Written by taniwha | 25th Aug 2015
There is an excellent new toilet and shower block in operation. The code for this block is not the same as the code for the marina gate so see harbour master.
Update 2015
Written by dononshytalk | 27th Mar 2015
These notes were reviewed by Don in March 2015. The hoped for amenities block is nearly finished and the 2015 prices added. The 2015 Admiralty chart does not reflect the new layout
Improvements 2013/14
Written by dononshytalk | 10th Mar 2014
Update March 2014
The new pontoons are now in place and our notes have been edited to indicate this. Note that the 2014 Admiralty chart of Girvan is out of date.
Update 2013
Written by dononshytalk | 11th Mar 2013
The notes for Girvan were updated by Don T in March 2013. Improvements to the facilities for visiting yachts are ongoing and up to date info can be obtained from Roddy the HM who is still in post.
1 of 1 people found this helpful 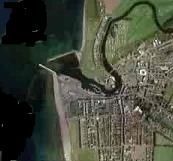