The buoyed channel in Lough Foyle is a “narrow channel” within the meaning of Rule 9 of the Collision Regs, so keep right and don’t get in the way of large ships

The ebb tide spills out beyond Inishowen Head and in NE winds can cause very turbulent seas.The Tuns Bank extends out from Magilligan Point at the extreme NE end of which there is a lit PHM In rough weather the seas break over this bank and the NW side has been known to dry in some years. There is an incomplete breakwater to the South West of Greencastle harbour marked at the outer end by an ECM. This breakwater extends outwards from the Donegal shore for 150m and is causing strong ESE eddies on spring ebbs.

Warren Point - 0430 Dover MHWS 2.3 MHWN 1.9 MLWN & MLWS no data. There is a vast amount of water going into and out of Lough Foyle with each tide and the streams through the narrows can reach 3.5 kts at Springs and 1.6 kts at Neaps. There is a UKHO Tidal Diamond (B) in the middle of the Magilligan narrows which is reproduced in the Charts on this site and gives a good indication of the best time to be in these waters.

Greencastle lies just inside the entrance to Lough Foyle and is a convenient stop-over for boats cruising the North coast of Ireland but do not want to go all the way up the Lough to Londonderry.  It is well sheltered in all weathers but the entrance will be awkward in strong winds from the WSW through South to ENE. The harbours both lie in the Republic of Ireland.

Although there was activity here to support the original “Green castle” built in Norman times the first pier was not constructed until the early 19thC. This has been expanded over the years and today it contains the terminal for the Magilligan Ferry and also services the Port of Londonderry Pilots.

Moville is 2nm further SW along the coast from Greencastle and, of the two, probably has more in the way of amenities in the town though the shelter is not so good. It consists of a single pier on which most of the inside berths are taken by local fishing boats and the outside berths exposed to the tides and any weather from over the Lough.

Yachtsmen should take note that although there is an anchorage between here and Carrickarory Pier it is in the tideway which can make rowing ashore or back a protracted affair if your dinghy is not equipped with an outboard motor.

Mobile Phone and Internet users take note:  This is in the Republic of Ireland;  you may be able to access your UK provider’s UK network over the Lough but you will be making an International call and need to make arrangements for advantageous call rates.

The approaches to Lough Foyle are dealt with in our article Lough Foyle, Londonderry Marina & Approaches

Until recently the entrance to Greencastle was delineated by a sector light on the NW harbour entrance but this has now been removed during the building of a new outer harbour.

Unfortunately that improvement has been put on indefinite hold so that, at present, all that has been done is an incomplete breakwater to the SW of the harbour stretching about 150m out from the shore and has an ECM (VQ(3) 5s) at its outer end. The sector light has been replaced with a red lead in mark on the inner wall of the harbour with 2 Flashing Green vertical lights which may or may not be working.

Update 2019. Money is now trickling in in dribs and drabs. By the start of the 2015 season they had a form of pontoon alongside the incomplete breakwater. By 2018 they had deployed two pontoons along that southern breakwater for the summer. When they are there power and water are available.  Be advised that the few sources reporting on these pontoons say that they are not all that safe to leave a boat on due to tidal effects and swells from the North or North East.

The entrance to the harbour is marked with flashing red and green lights as standard.  For a night approach come in using the green light on the entrance wall as a front mark and the two flashing greens as a back mark and when comfortably clear of the flashing light on the ECM ease over to put the two vertical lights on the back mark in the middle of the harbour entrance lights.  If coming in from the Magilligan narrows don’t cut the corner round the outside harbour wall as it shallows a bit there but on the whole there is plenty of water in the entrance.

Be very aware of the Lough Foyle Ferry.  During the summer it operates continuously in daylight hours so it’s like Irish rain, if you can’t see it you will shortly!  A link to Ferry Times can be found HERE

To anchor off Moville just come in from the Moville channel mark and pick your spot!

In the past the locals preferred visitors to anchor outside Greencastle harbour but....

.... this is no longer the case; visiting boats may also be catered for at the NE corner of the harbour but they may have to raft at busy times.

Both water and shore power is available at Greencastle and, as you would expect of a bustling fishing port, diesel is also readily available.

There is a good boatyard next to the harbour which services the local fishing fleet but is also happy to service visiting yachts.  Petrol can be obtained in cans from the local filling station about ten minutes from the harbour.

Provisions may be found in the local shops but do not expect supermarket choice. There is no ATM in Greencastle

The main attraction of this part of the world is that, in the main, life is taken at a gentler pace than the big city.  Do not expect the rapid, slick service in the restaurants and shops; be prepared to “sit a while” and enjoy the peace.

Ashore in Greencastle there are three restaurants and a few pubs and shops.  A not-to-be-missed attraction is the Inishowen Maritime Museum and Planetarium which occupies the old Coastguard Station on Greencastle harbour. Information about that and a history of Greencastle’s development can be found at

Of the two towns Moville is slightly larger and boasts more shops and pubs.  Much of what is available can be found at

There is a bus service running between Greencastle and Moville and on to Londonderry which runs about four times a day but for an evening out in Moville from Greencastle one will have to use the local taxi.

Londonderry (Derry) is about 20 miles from here, and from there, there is access to road and rail links to the main Irish Cities. Londonderry Airport is close to the city and has regular Ryanair flights to the main airports in the UK.

Got a comment to make about Greencastle ?  Have you found this coverage helpful ?   HAVE YOUR SAY   (your email address will always be kept private)

Have your say
6 comments
Update Early Summer 2021
Written by Don Thomson 3 | 25th Jun 2021
No changes
Update Summer 2019
Written by Don Thomson 3 | 2nd Sep 2019
I visited here this summer. The pontoons on the new South wave barrier are fine, well anchored in and have all the usual services (if a bit basic see new photo!). Absolutely no room inside the old fishing harbour at Greencastle.
Update Spring 2019
Written by Don Thomson 3 | 13th May 2019
I reviewed these notes in May 2019. It s difficult to contact the HM of this harbour and we are not sure as to the suitability of the suspected pontoons at the South wall.
UPDATE APRIL 2017
Written by Don Thomson | 7th Apr 2017
I'm afraid the situation here is still in flux; they are trying hard to get funding but so far not much luck. They got their funding for pontoons back in 2015 on the back of a couple of international events in Londonderry and since then nothing.
Update 2015
Written by dononshytalk | 10th Apr 2015
These notes were reviewed by Don in April 2015. The layout here is under constant change depending on funding. The end game is to extend the harbour from the existing south pier to the end of the breakwater at present marked by an ECM but the timing is uncertain.
Cash Machine
Written by stanstannard | 3rd Apr 2013
We ran out of money last summer after re fueling to find that there is no hole in the wall cash machine in Green Castle
1 of 1 people found this helpful 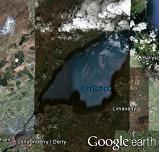