Local helpful number  07912 939461
The Island main harbour (which is run by the HM at Ballycastle) is in the NE corner of Church Bay and provides good shelter from the NW through North to the ESE.  It is worth noting that if you were to arrive in these waters running before a N to NE gale this is about the only place on this coast which would realistically provide shelter between Lough Foyle and Larne. There is a small inner harbour to which is attached a pontoon and the whole lot is contained in quite a large outer harbour protected two boulder based piers.

The few families who live on the island are fighting a rear guard action to remain on the island.  As in many of the Hebridean Islands there is no work here apart from farming and fishing so the youngsters are migrating to the mainland and quite a few of the present population commute across to the mainland to work. The local school is fast approaching the stage when it will become unviable and may have to close which will increase the pressure on the diminishing population.

During the summer months it is busy with tourists who come across from the mainland attracted by the birds, seals and scenery but for the visiting sailor the attraction is that most of the tourists are day trippers and the island becomes a peaceful haven once the last boat has gone back to the mainland!!  From a bird life point of view most sailors will be familiar with the varieties here having had to scrub their topsides clean of their visiting cards though you may get the chance to get a close up of a puffin to add to your album.

The harbour in the notch on the NE corner of Church Bay poses no difficulties except in conditions produced by a strong W or NW wind.  There is a SCM in the approach which should be left about a cable to port; it marks the sight of a wreck which used to be a hazard but is now dredged to a depth of 8m.

Take care to approach and enter the harbour on a ENE heading with the seaward end of the Manor House Pier open through the harbour entrance; If you can’t see that and your heading is getting on for North then you are in danger of running aground on the rocks and shallows off the South Breakwater.

The harbour entrance will appear to be quite narrow from this aspect but will open up as you pass the end of the North (West) Breakwater.  At night there is a sector light (shown on the charts) which will lead one safely through the harbour entrance.  The North Breakwater referred to on the Admiralty Chart is often called the “West” breakwater by the locals which can be confusing

There are now three pontoons in Church Bay with about 2 m depth.

Take care if going alongside on the SE side of the outside pontoon as there is deep water only out to about 20m, ie. not much of a turning circle, if any.

Aside from this, it is possible to anchor inside the North(West) Breakwater in 1.2m  but there may not be sufficient water at LWS, especially if one ends up swinging to landwards of ones original spot.  The old South pier inside the harbour and the Quay just to the West of the harbour both dry at Low Tide.If you do choose to anchor outside to the West of the harbour, stay to the East of a line North/South through the old quay to avoid the submarine cable from Ballycastle.

A berth here costs you £23.00 per night whatever the length of your boat.

There is water and shore power on the pontoons but no fuel. There are toilets and showers in a block on the shore and there are a few shops and a Post Office.

At first glance the tides, currents and overfalls in Rathlin Sound appear daunting, but a more detailed study of the hourly changes in the currents (see above) shows that all the overfalls and eddies marked on the Admiralty Chart are not active for all of the tide; in fact, at HW Dover and LW Dover, the Sound is quite benign and the Slough-na-more is reduced to ripples.  Slough-na-more is most hazardous from Dover +1.30 and Dover +2.30.

The problem is that when the tide is running at full strength (HW +3.00 and HW -3.00)  the counter currents in Bally Castle Bay, Church Bay and to the East & West of Rathlin island build to full strength so that where they meet the main tidal stream they set up numerous eddies and overfalls.  This means that there are times when the ebb tide is running North in the North Channel it will be running South on the East side of Church Bay on Rathlin Island.

It is best to time arrival at High or Low Water Dover when the streams are fairly slack.  In conditions where there are strong winds against the tide it is advisable to skirt round 2nm North of the Island (not forgetting the TSS) or preferably wait for slack water.  Your choice of passage time through the Sound will depend on whether or not it is intended to enter Ballycastle as well; from the East one will want to make use of the NW counter current from Runabay Head to Fairhead and, if West bound, pass through the middle of the sound on the tide and out the other side but if going into Ballycastle one has to take into account the counter current in Ballycastle Bay.

There are various “optimum” times to leave Portrush East bound (mid ebb tide) or Glenarm/Larne West bound but, given the differences in Spring and Neap tides and boat speeds it is wiser for the skipper of a boat to work out his own salvation for himself on any given day and sea conditions.

If going across the sound to visit Rathlin then one should go at slack water or take the ferry!!

It is worth pointing out that the distance from Fairhead to Sheep Island is just over 6 nm and, unless one is a complete duffer, you’ll only be in the Sound for an hour to an hour and a half depending on wind but if there is not much of that it would be an idea to start the engine or you could end up back where you started, for dinner.

The area around the harbour is set up to cater for the holiday trade.

There is a groceries shop with limited hours (opens mid morning, closes for lunch and opens again for an hour in the afternoon and is closed on Sundays). There are also a Gift Shop, a pub, a restaurant, a chip shop and the Manor Guest House which has a licenced restaurant catering to non residents.  The village also has a Visitor Centre and an RSPB Bird Centre open from April to August.

Got a comment to make about Rathlin ?  Have you found this coverage helpful ?   HAVE YOUR SAY   (your email address will always be kept private)

Have your say
8 comments
UPDATE SUMMER 2021
Written by Don Thomson 3 | 15th Jul 2021
I reviewed these notes in July 2021. As far as we can tell the Primary School is still a going concern so the local population is probably also stable. The facilities are quite good though if you arrive short of supplies you might have to take a trip across to Ballycastle to stock (as do the locals!)
1 of 1 people found this helpful
Update Summer 2019
Written by Don Thomson 3 | 1st Jul 2019
These notes were reviewed in July 2019. The price here has increased to £22.50 per night but the rest remains the same.
Great little place - for adults and children
Written by MW | 21st May 2017
We arrived on a calm and sunny day. Pontoon provides water and electricity and it is included in the fee (£21.50). A great place to watch the seals just across from the boat and listen to birds. The birds centre at the west lighthouse is worth a visit ( take a bus...). Beach in the bay is great for children, play park too. Showers are ok, but need to be pressed every 5seconds for the water to keep coming. The pub does lovely fish and chips! Definitely a place to visit.
1 of 1 people found this helpful
UPDATE APRIL 2017
Written by Don Thomson | 18th Apr 2017
I reviewed these notes in April 2017. The facilities here have improved over the years with more pontoons and facilities for yachties ashore.
1 of 1 people found this helpful
Guinness to die for.
Written by Barbados Billy | 25th Sep 2016
We crossed from Port Ellen on Islay but couldn't lay the west side of Rathlin. We made the east side but had a battle with the Macdonnell race and foul tide to get round Rue Point and into Church bay, half expecting to end up miles down the coast. There are additions to the pontoons now with two long fingers (fully serviced) parallel to the south pier. Piling and a works barge in the north west corner of the harbour, adjacent to the north breakwater means that anchoring is not advisable as it impedes the ferry turning. We had a super time on Rathlin. The bar was even better and if you are that way inclined it can't be missed.
1 of 1 people found this helpful
Update 2015
Written by dononshytalk | 7th Apr 2015
These notes were reviewed by Don in April 2015. There are some extra pontoons inside the harbour at Rathlin Island. I have added to the notes on the tidal streams to emphasize the effect that was noticed by Cullin on his trip here in 2014. The counter current he came across then runs from Dover +1 to Dover +3
1 of 1 people found this helpful
Very Strong South-going Current from Church Bay to Rue Point
Written by cuillin | 9th Apr 2014
We have found a very strong south-running current from Church Bay to Rue Point on the early flood tide. Have met this current on the (6 hour or so) passage from Belfast Lough, taking the north-going ebb. We found that we had to move well out from the coast into the bay, to make any progress to Church Bay. Advice is not to try to follow the coastline!
1 of 1 people found this helpful
Charming island & worth a visit
Written by Miura | 21st Mar 2012
I have an aunt who lives here so I visit regularly. I like the island and find it peaceful & relaxing. The harbour is well sheltered and there is a decent pontoon for yachts. Yachts normally tie up on the West side but don't go too far in if you draw over 1.7m.There is enough water to tie up on the East side of the pontoon but I would advise reversing back out when leaving. It gets shallow rapidly about 10-15 metres east of the pontoon and you risk grounding if you try to go forward & turn in a fin keeler. We have had several meals in the Manor House Hotel and all have been acceptable.There is also a pub nearby. There are decent walks & lots of bird life. HMS Drake, torpedoed and then run aground in Rathlin Bay in 1917 is apparently no longer a hazard to surface navigation. However, I still stay clear. It is marked with a Cardinal buoy.
3 of 3 people found this helpful 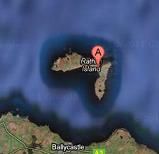