Marine Navigator is a "buy and keep" ANDROID app developed by Mr Ronald Koenig and was available in the Google Play Store up till May 2021, where it had many 10, 000+ purchases, and was rated 4.2 out of 5.  It is now available directly from us.  SEE HERE   It is a fully functional chartplotter app, that uses standard free raster charts (KAP files) available for certain areas, like the USA and Brazil. The app can also use encrypted chartsets making available licensed copyright charts for the UK and other areas. Marine Navigator comes with no pre-installed charts, and costs  £7.99 from us (All of which goes to Mr Koenig). This is the FULL AIS version, unlike the previous PlayStore offering. 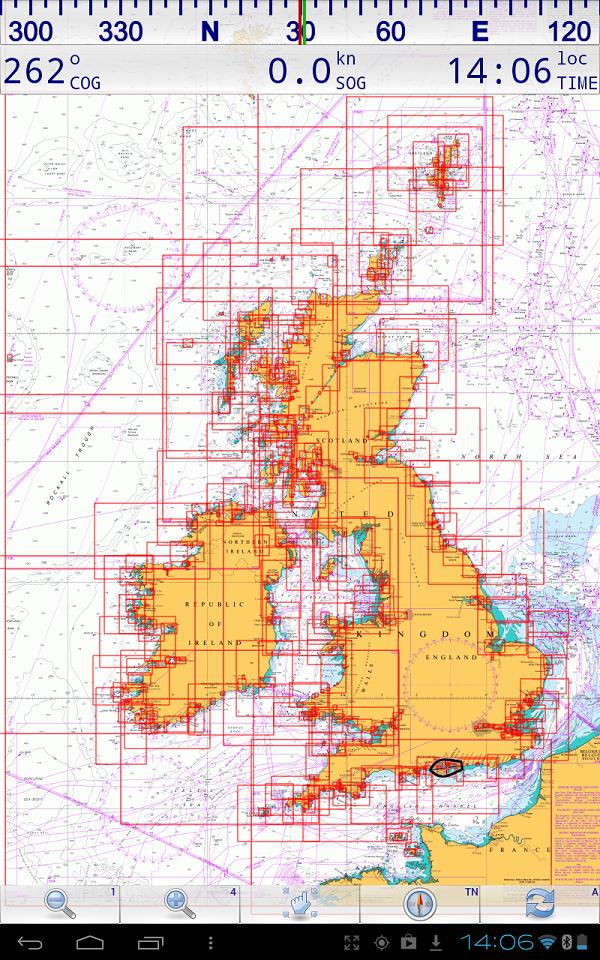 The above screenshot shows the chart outlines in "Marine Navigator"

"The stars of the show were the oldish Aurohelm 200 tiller pilot and Nexus 7 tablet (free with my phone) with a £6.50 app and  admiralty charts from Visitmyharbour.com covering the whole of the UK, simply superb, never missed a beat which is more than can be said for the Garmin which has developed back lighting and contrast issues"  Cardiff to E.Coast

"Thanks for the great service. The charts on the Android are so superior to the reproductions on the Raymarine - my main navigator with MFD = that I always use the actual raster chart display on the Android for inshore navigation"     MC

Made from standard raster charts.  You just can't beat the superb detail of raster charts.   Vector charts do not have the richness of detail, but are seamless.   At VMH we prefer raster every time. 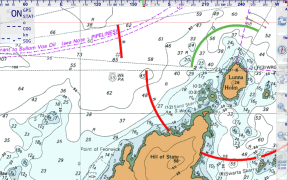 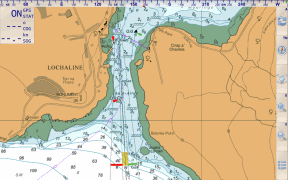 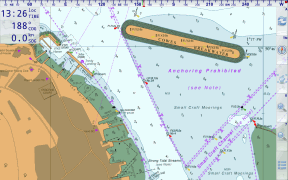 When used with appropriate charts, the app can be used as a stand alone portable chartplotter using the Android tablets' built in GPS (and compass if present).  Routes, waypoints and tracks can be used and saved. Charts can be dragged around and switch automatically on zooming in/out.

AIS function has just been added  with an in app upgrade to ongoing AIS capability.   NMEA feed for AIS targets needs to be delivered by wifi network.  Small AIS units that provide this are available cheaply, well under £100.

Existing users of the app, can update to the "new" version via the Play Store (without charge) to experiment with the AIS function.  Existing working VMH chartsets will be unaffected by this app update.

Why use an Android tablet ?

Because if you get a decent tablet with 10" screen , and built in GPS and compass using these charts in conjunction with "Marine Navigator" app  will give you a fully featured chart plotter, that's "stand alone" and complete. No connecting GPS sets, it's all there already.  The charts are fully installed, no internet needed (after installation) , use at sea.  Use in the cockpit or chart table.  You can get waterproof protective cases for the tablet too.  Long battery life, quick start up... what more could you want ?

Because we've found it to be so easy to actually use in real seagoing situations. The designer Ronald Koenig, is responsive and continues to update his app all the time.  It's versatile.. In addition to our encrypted charts, it can also use standard BSB2/3 charts you may already have.  For instance Antares charts for W. Scotland.  This app can even calculate routes using Great Circle (for ocean sailors)  or Rhumb lines. 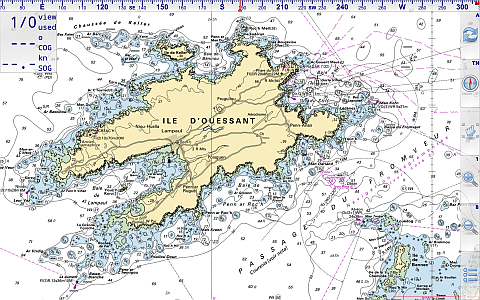 "Marine Navigator is an offline navigator using raster navigational charts (RNC's) to plot your position in real time. This way you can navigate with true copies of official paper charts on your mobile device. This full version of the Marine Navigator provides besides the functionality of the lite version the following enhanced functions:

Our favourite feature so far:  Being able to point the tablet at the bows, "Compass Up", and having the "True Course Line" switched on.  This show as a dotted line stretching ahead the CMG by the boat.  So "at a glance" the navigator can see how much the current is having an effect on the boat at that instant. (Or leeway for that matter).

The "Compass Up" feature also allows you to positively identify buoys or seamarks from a distance, by lining them up with the tablet/phone.

Note:  Not ALL Android devices have a built in compass.

This example is using an underlying map, not a chart: 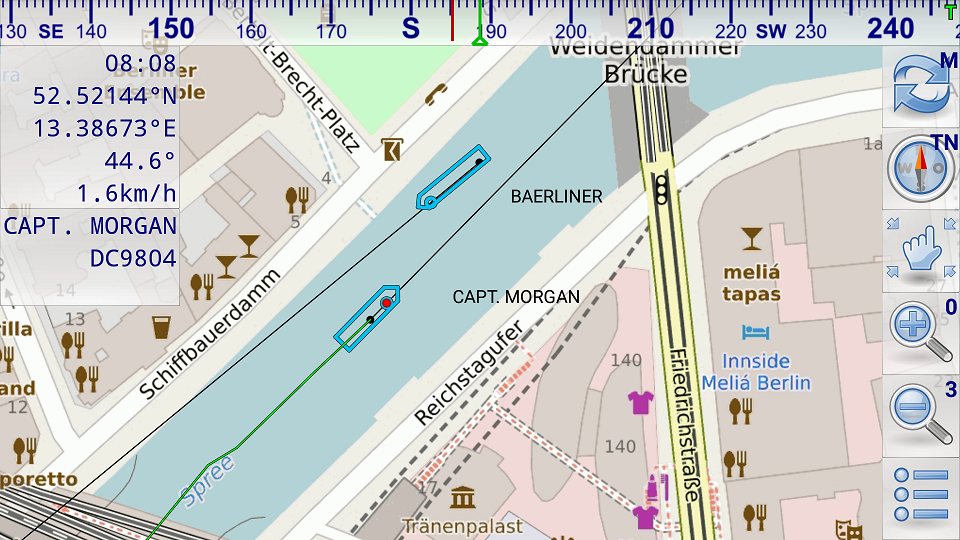 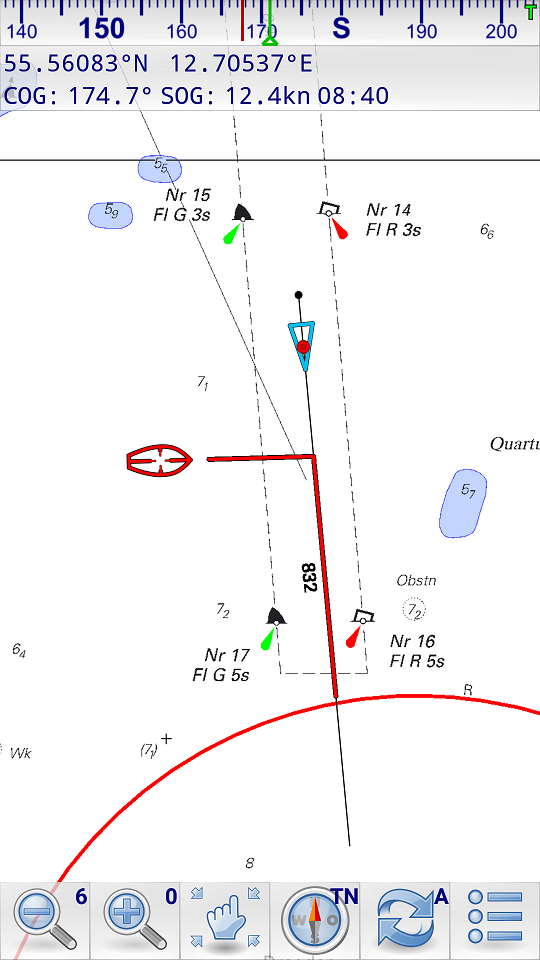