PBO Ask the Experts at Beaulieu

VisitMyHarbour's Steve Bryant and harbour research man Don Thomson were asked by PBO to be their "Experts" on the subject of Navigating on a Tablet
(Credits: All photos on this page provided by PBO) 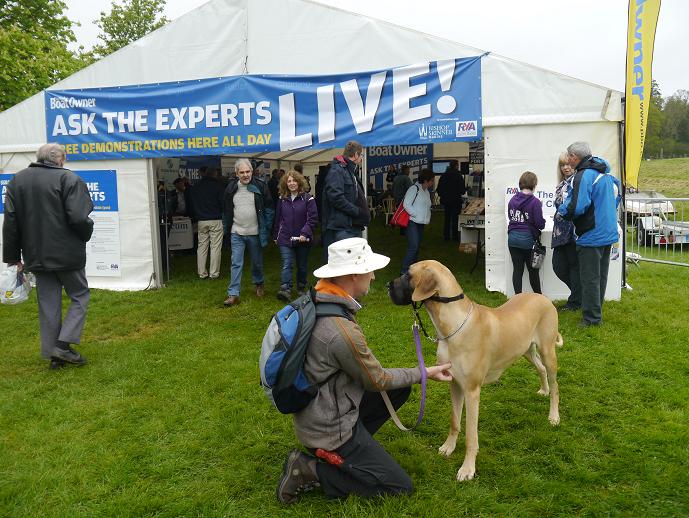 Well, the weather wasn't that bad and the event was well attended.  In fact it was a very enjoyable day, being able to meet so many of you face to face.  We dealt with enquiries all day, demonstrated a batch of our Samsungs with charts loaded, and demonstrated vividly the difference between vector and raster electronic charts. 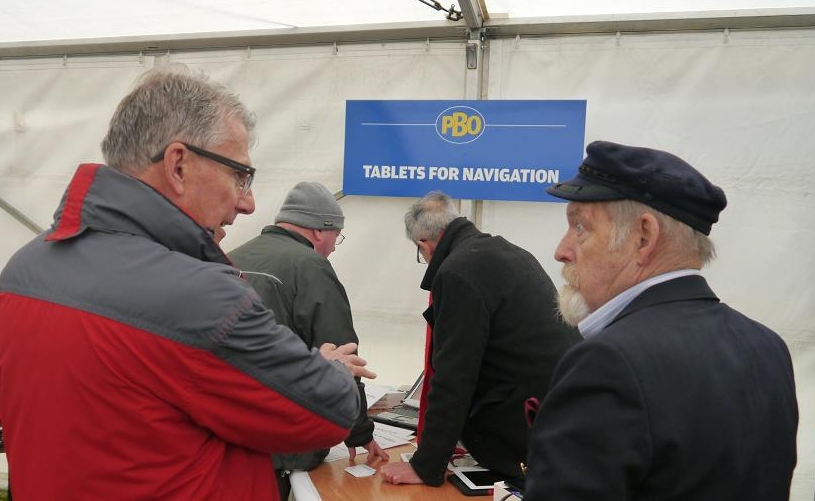 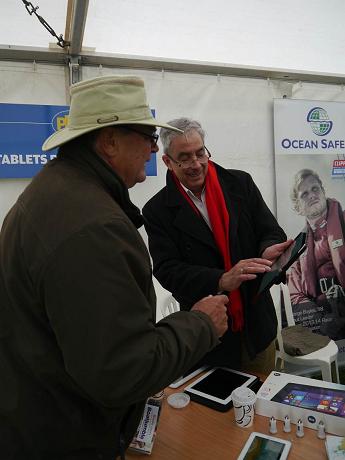 For those considering a fully networked system as opposed to a stand alone phone/tablet....


The Windows 8.1 tablets are FAR more capable than ipads or Androids.  These are full blown PCs in small power saving format.  They can hapilly run powerful legacy software such as OpenCPN, Polar Navy, SeaClear, and specialist racing software such as Expedition.

So,  here are Steve and Don on stage ...giving a 20 min presentation in the PBO Marquee at Beaulieu 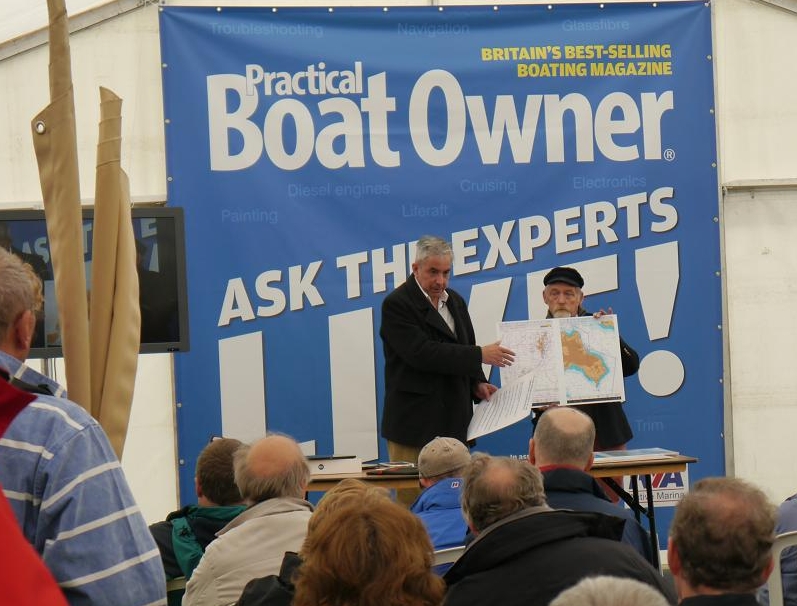 The main points we tried to get across were:

FOR using a tablet (on a small boat)

Small, light, portable. Take it home with you. Self contained.

Fast start up from cold

Built in GPS (Most but NOT all.  Ipads...only those with a SIM card have GPS.  Androids..most have GPS)

Can be used simply as consumer tablet at home...multi functions

Not marinised, nor waterproof. Fragile, one accident and you've lost your plotter...

In practice devices don't seem to last that long before requiring replacement.

Sometimes don't have much storage space

Tied to Apple or Google infrastructures.

OS and apps update sometimes outside of your control

Good things to have in an app/chart combination

Easy to see (and accurate) tidal streams if possible

Responsive phone/email help if having problems

The ability to get charts for different areas

The ability to import and use your own charts if you have them.

Choosing app & charts styles (to go on the tablet) Chart styles...raster or vector ?

Can contain more information available by querying it...

Vital/useful information can be “not obvious”

Drawn by professional cartographers so you see exactly the information required for the chart scale being used.

Designed to give the mariner “At a Glance” all the info and warnings he needs... without doing “Queries”

Tend to be using 100% official information

Can be “Clunky” in operation, esp when changing charts

Can be made to appear “Seamless”, BUT to do well needs lots of computer power.

Larger boats may have various NMEA feeds they want to display on the tablet.  AIS, speed depth, wind, etc.

Most apps can't handle external NMEA feeds, and Android and ipads CAN NOT be hard wired

Simplest solution is to use Windows 8.1 tablet and hard wire everything via USB connection, Pairing with a Bluetooth GPS enables tablet to be taken in Cockpit if reqd.  Or HDMI output to external screen.

Use separate Windows for different functions (at same time).

In short far more versatile for a big boat system

VMH-Lite site now ready...
Using VMH with iPads and Android tablets
Impartial harbour coverage
New feature for members..direct PDF downloads
Other online services...tides, articles, videos and directory
You Can ALL join in
The People Behind This Site
YOU said...WE said...
Printing of Charts displayed on this website ?
Confused about what we sell and do? Un-confuse yourself !